A PrEP HOLIDAY: GAY MEN IN ASIA ARE TRAVELLING TO GET PrEP'D FOR HIV PREVENTION 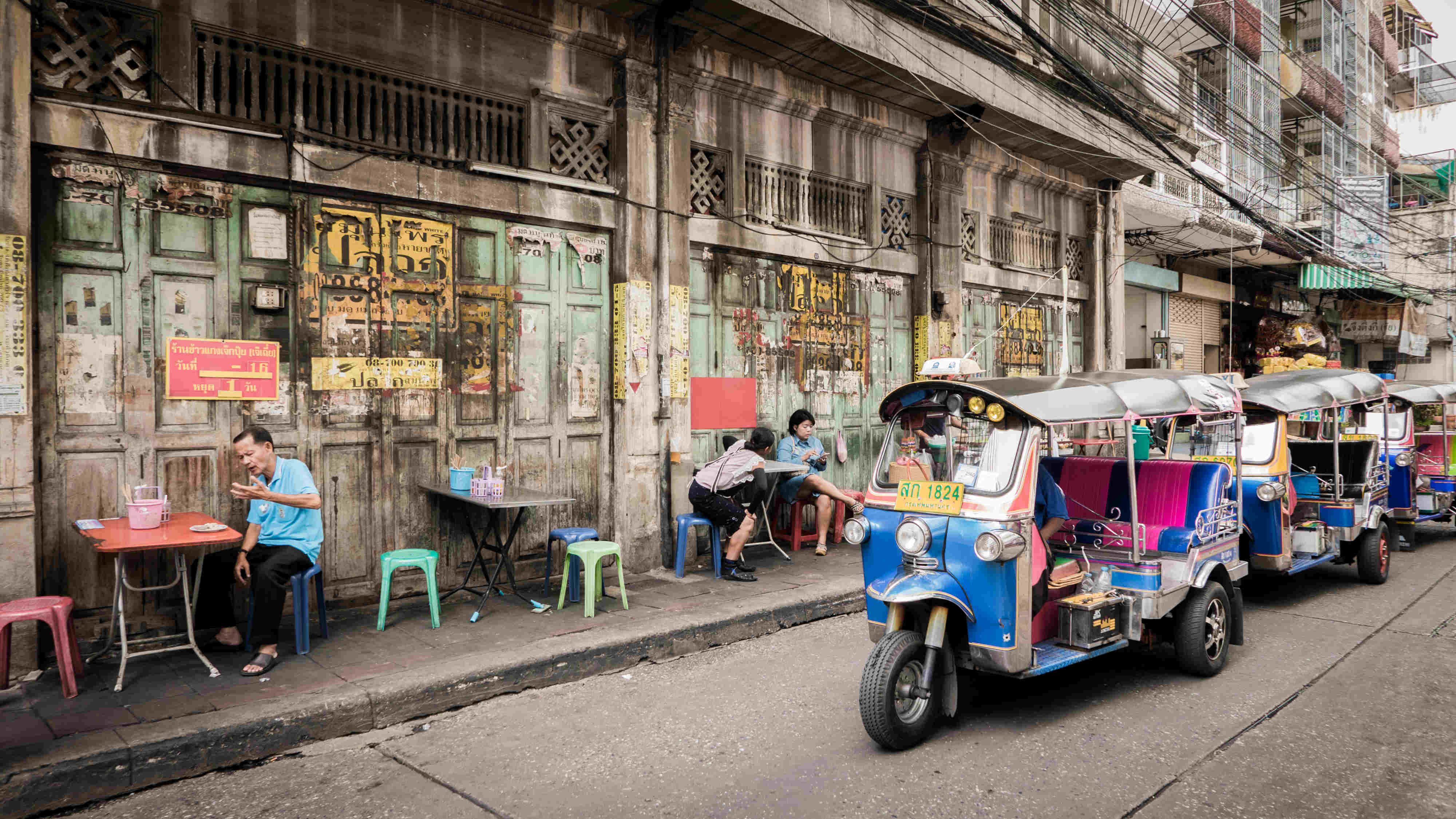 With an exciting gay scene offering plenty of gay bars, clubs, saunas, and massage spots, Thailand has for years been a hot destination for gay men across Asia. However, many are now heading to this Southeast Asian country for an entirely new reason - to stock up on cheap drugs that prevent HIV.

Pre-exposure prophylaxis, known as PrEP, is a prevention program that involves taking a pill, which if taken daily can reduce the risk of HIV infection through sexual intercourse by more than 90 per cent. The World Health Organisation recommends PrEP as an additional prevention tool to help fight the spread of HIV among people in high-risk groups, particularly gay men and other men who have sex with men. However, the availability and accessibility of PrEP for men who have sex with men varies widely across Asia.

In many countries, the medication used for PrEP (a drug called Truvada or its generic equivalent) is not available because it is either not approved for use at all or is only approved for use as treatment and not for prevention (meaning doctors are not allowed to prescribe it to patients unless they already test positive for HIV).

Chan Wang Tu*, a gay man from Beijing who travels to Bangkok to get PrEP said that "I use PrEP to protect myself against HIV. Not many gay men want to use condoms in China". He notes "PrEP is not [readily] available in Beijing, so I travel to Bangkok to get my PrEP,” he said. Wang Tu emphasized that this is not unusual, noting that his two friends who accompanied him on a recent trip to Bangkok were in town for the same reason. "In Beijing, I know dozens of others who travel to Thailand to buy PrEP".

In some countries where the medication for PrEP is approved for prevention (and available for purchase), the price of the drug is so astronomically high that sourcing the drug locally is not a viable option. For these individuals, travelling to Bangkok is one of the only affordable ways to access this drug. Such is the case for Park Lee*, a South Korean gay man who also recently visited Bangkok to obtain PrEP.

Although South Korea has approved Truvada for HIV prevention, “the drug is still very expensive and is difficult to find in Seoul,” explained Park. Like Wang Tu, Park too plans mini vacations to Thailand to see a sexual health specialist in Bangkok and to stock up on his anti-HIV medication a few times a year. “Even by doing this, I am saving money than if I were to buy the medication locally in Seoul,” Park said. In South Korea, generics are not available, and Truvada costs about USD 380 for a one-month supply.

Thailand offers easy, and affordable access to PrEP. Locals, foreigners and tourists can access PrEP at affordable prices at a number of gay-friendly clinics across Thailand. Some of these clinics can be found listed on PrEP MAP’s Thailand page. The ease and access to PrEP in Thailand, particularly in Bangkok, has led to a number of initiatives that encourage gay tourists visiting the town to access PrEP regiment. During gCircuit, Asia's largest gay circuit party that takes place every Thai New Year (Songkran) holiday in Bangkok, APCOM's testBKK campaign promoted PrEP to thousands of international partygoers attending the party. The campaign's counterpart in Hong Kong, testHKG, gives out "Safe Sex Kit" at Hong Kong airport to gay travellers who are headed to Bangkok to celebrate Songkran. In addition to condoms and water-based lubes, each kit contained information on the location of gay parties during Songkran and where to access PrEP in Bangkok.

Some clinics in Thailand make an effort to cater to foreign clientele who may be in the country for a short time while in transit or on vacation. The Pulse Clinic, a private sexual health clinic, with branches in Bangkok and Phuket’s gay districts is one clinic that has streamlined the process so individuals can be counselled and initiated on PrEP within 30-minutes of their first visit. "We can dispense 30-90 tablets at our client’s initial consultation and give them the green light to start taking the medication via phone or email once their lab results are cleared,” explained Dr Deyn Natthakhet Yaemim, founding director of Pulse Clinic. “Also, once patients are in our system, we can dispense up to a 6-month prescription of PrEP on their follow-up visit which limits the number of visits people have to make to the clinic."

Wang Tu and Park admit that PrEP is a more expensive way of preventing HIV than other methods, such as condoms, but for them, it is a worthwhile choice, as it provides me with an additional sense of security and feeling of independence. Their response attests to the fact that PrEP, in addition to serving as a preventative tool, may also play a role in terms of personal empowerment, allowing individuals to overcome the anxiety caused by HIV and to take charge of their own sexual health.

While it is a positive sign that people like Wang Tu Park are willing to pay out of pocket to and go out of their way to be responsible for their health and the health of their sexual contacts, the ability to protect one's self from HIV should not be limited to only those who have the means to afford expensive drugs or travel abroad for generics.

PrEP represents an opportunity for the provision of prevention toolkits that are more comprehensive than ever before, where individuals can choose and customise a combination of prevention methods that accommodate their practices, lifestyles, and circumstances. While PrEP may not be for everyone, it represents a new prevention tool that should be made available to those who stand to benefit from incorporating it into their own personal preventative strategies.

As of now - not everyone has access to a full range of options. Affordability and access to PrEP remain problematic. This is something PrEP advocates are trying to change in the Asia-Pacific region so more people have at their disposal a full range of tools to choose from, regardless of their status or privilege.

*Names have been changed to protect the identity of interviewees.

Learn more about the status and availability of PrEP in your country! Status of PrEP by Country

Find out 8 things you can do to help advocate and increase access to PrEP in Asia and the Pacific!  Take Action!

Join this Facebook group to connect with potential, current, or past PrEP users within the region. PrEP in Asia! Facebook Group